I don't have much to say in this post other than to announce that I recently purchased a small (very small) amount of Costco.  To be specific, right at about $1000 worth.  I think Costco is a great company, and business in general, and EVERY time I go to Costco, no matter what particular state I am in (I recently visited Costcos in Arizona, Washington, and North Carolina, while traveling) and they are always PACKED with customers.  I couldn't sit on the sidelines anymore.

I was also excited to see the recent drop in share price thanks to the Amazon-Whole Foods bid, and so I picked up some shares of Costco believing the drop to be significantly overblown.

Finally, I believe in Charlie Munger to identify great businesses and I know Mr. Munger is a big believer in Costco as well.  I imagine Costco will do well for quite awhile, but unfortunately all of my available capital is still going towards paying down debt and real estate (minus this $1K), so this was all I could contribute.

My other idea was to short Tesla.  I cannot justify Tesla's share price in my head, at all.  It was either short Tesla or buy Costco.  From the date of my Costco purchase, Tesla shares have dropped around 20pts and Costco hasn't really moved. Blah.  Time will tell.

Well I suppose that's it. What are your thoughts on Costco?  Or on Tesla?  Thanks!

Email ThisBlogThis!Share to TwitterShare to FacebookShare to Pinterest
Labels: 2017, COST

Email ThisBlogThis!Share to TwitterShare to FacebookShare to Pinterest
Labels: 2017, Income/Expenses

It is time again for my Monthly Progress Review, and I almost missed it! My family and I (my mom, brother, sister, and my wife....without the kids!) were on an Alaskan cruise for the last week or so.  I highly recommend one if you ever have the opportunity! What a blast.

This monthly report covers May 2017.

I hope you enjoy these posts and that we can learn how to grow our passive income streams and build real long-term wealth together!

General Thoughts on This Month: May was a relatively quiet month for passive income and, again, I hardly have anything to say but that I am thankful for what we received and that some income is always better than no income! Just sticking to the process with months like these.

Anyway, Read More to see how I thankfully still earned $417 this month in passive income...

My 4th Rental Property Is Under Contract! 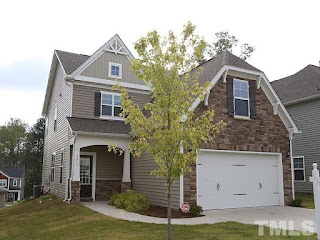 I'm sorry it has been awhile since I've last written.  Things have been extremely busy, but I am very happy to report that despite my 'projected plans' for investments, etc., a unique opportunity came my way and I now am under contract on another investment property! This property puts my total real estate investments now at 4 single family homes!

This was quite the blessing and (completely out of the blue, to be honest). I think there are a few famous sayings that really apply to what happened with this situation: first, opportunity favors the bold; second, help others get what they want, and you'll get what you want;and third, you really can buy properties with no money down (albeit, this was a unique opportunity).  You'll see more how these apply in the rest of the post below.  They came to mind very quickly as I was reflecting on this experience.

Nonetheless, I'm excited about this investment deal, and I'd love to share the details with you now: