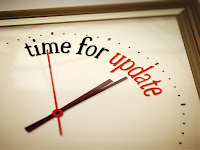 Hello all! I wanted to take a few minutes to review my 2017 Passive Income Goals, since we are now just over half-way complete with the year.

And what a year it has been thus far! It looks like I have completed 5 of my 10 goals, which I’m thrilled about, and will detail each one below:

This is my most important “financial” goal, and unfortunately I am very behind pace at the moment.  Take a look at the chart below: 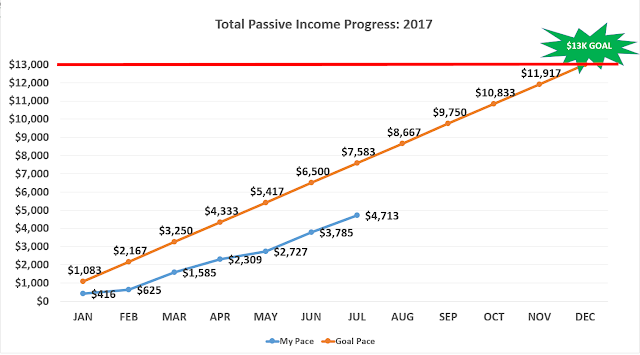 As you can see, during the first half of the year I’ve been significantly lower than the monthly average I need to be at (~$1083/mo), in order to maintain a uniform pace per month and at the end of the year achieve $13,000 in passive income.

Last year I had a primary passive income goal of $10,000 in completely passive income and I didn’t achieve that goal either, so we will see what happens this year. Unfortunately, getting to $13,000 from last year’s total (of $8,841) means I need to acheive 47% growth this year, which frankly, is ambitious.  Still I expect to have a monstrous September and December, so I haven’t lost all hope yet, but this one is starting to look pretty challenging. I knew the second half of the year would be where I made up a lot of ground though, so we’ll see!  Chance of success: 49%

Wow it feels great to have this goal complete! $9000 in debt gone! I just completed it several days ago; just in the nick of time! What a drag debt has on your ability to invest and do things.  I’ve written about debt many times before (here), and so it is very nice to see this balance at zero.  And what diligence it took to pay it off before the interest charges started occurring! (I hope you don't mind if I pat my family's progress on the back! :)

This one is also complete and is another great feeling.  $5000 in debt gone! At one point I owed my family $34,000, which is a massive sum of debt (at least for me!), and so climbing out of that major hole the last few years has been quite another test of discipline!  Glad to be done! 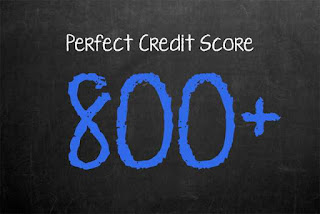 This goal is still far off.  We’ll see what happens the rest of the year, but I imagine currently we’re around the high 760’s.  I think if I can continue to pay down a few things, and continue my mortgage payments, and perhaps increase a few credit limits, that this one will be achieved just in the nick of time as well.  Chance of success: 70%

This goal is also not complete, and I’m slightly behind where I need to be.  Take a look at the chart below: 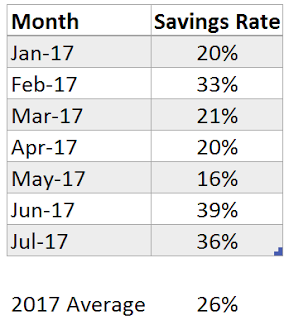 As you can see, I’ve made up a lot of ground the last two months, and I anticipate this will only improve during the ‘home stretch’ this year.  I expect some major savings months before a Christmas low, J.  Chance of success: pending some major disaster, 95%

Yes! I have been slowly but surely adding to my ROTH IRA this year, and I just completed this goal several days ago as well.  Now on to completing goal #7!

This goal is still relatively far off. I have $3000 left to contribute this year in order to max my wife’s ROTH IRA at $5500, and so we’ll see what happens.  There are several other things in front of this goal in terms of priority (hint…new debt thanks to NC rental property purchase #2) and so this one most likely will come in as a photo finish. Chance of success: 60%

This goal is a guaranteed failure. I actually achieved 1%/mo for the first 6 months of the year, but then realized my money could be better “spent” elsewhere (on attacking debt!) and so I stopped contributing in the beginning of July.  Next year! Chance of success this year: 1%

This one is guaranteed to happen I think.  I’ve got the automatic contribution in place, and so I’m pretty certain this one will happen.  We’re behind our college savings’ pace currently, with two kids’ colleges and perhaps a third kid someday soon, but we’re not behind by too much actually, and I feel good where we are at with the oldest only at 2 years so I’ll ramp this goal up next year maybe.  Chance of success for this year’s goal: 99%

Complete! Goal #10 is done as well; just finished it in July! $6800 in debt gone! What a great feeling.  So much debt being eliminated in the first half of this year! Debt elimination was the focus of the first half of 2017, and thankfully that has been what has actually happened.

Well I think that is it! Glad to see a lot of these debt-related goals wiped out. Time to finish the year strong! …Big things ahead.

"Brothers and sisters, I do not consider myself yet to have taken hold of it. But one thing I do: Forgetting what is behind and straining toward what is ahead, I press on toward the goal…" Philippians 3:13-14

Email ThisBlogThis!Share to TwitterShare to FacebookShare to Pinterest
Labels: 2017, Goals