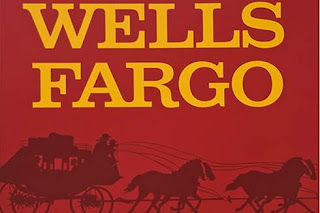 Does anyone else have Wells Fargo (WFC) on their radar as a potential buy?

For those of you who saw one of my recent "Time to Sell" articles, I just sold American Electric Power (AEP)  at a (thankfully) 17.9% annualized return; thinking it was pretty overvalued around $69 a share.

With that sell, I have some capital available to deploy, and am strongly considering Wells Fargo.

I've never really owned a bank stock in my dividend portfolio, and I tend to stay away from the Financial sector, almost always, but I think WFC deserves a look.  In fact, I should have bought WFC a long time ago back at like $28 (or something like that) a share when Warren Buffet made it one of his big holdings in Berkshire Hathaway.

Well, guess what - I just found out that Buffet bought even more a few months ago and now owns 10% of the company, making him their largest shareholder.

At around $48 a share, it has the following characteristics that make me strongly consider it:


So what do you think? I'd love to get your opinion.  I think it is the only bank stock I would consider.  Check out this fact:

Over the past three years, Wells Fargo has returned more capital to shareholders in the form of dividends and share buybacks than peers J.P. Morgan Chase & Co., Citigroup Inc. and Bank of America Corp.

I think I am going to go long, but am nervous about choosing a financial stock this long into a bull market (no pun intended! :).  I even recently talked about a possible recession. And I don't like the technicals in the very short term, as it could go back to 47s.  Probably will wait a week or so to see what happens to the RSI and MACD as shown below: 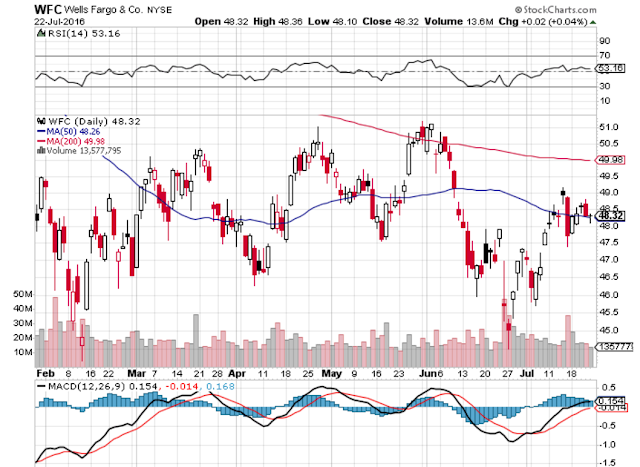 What do you think? Thanks for reading,

Email ThisBlogThis!Share to TwitterShare to FacebookShare to Pinterest
Labels: 2016, WFC