Negative Yields? Yikes. A Quick Explanation Of What They Are and What To Do 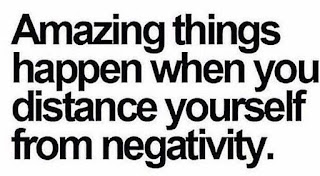 What an interesting statement! Of course I will relate it to the negative-yield environment we currently find ourselves in as investors, but still, I think this statement is powerful and has broad application to our lives in general.

This statement from a Bloomberg article seems to make the most sense for a quick snapshot of understanding:

"In this upside-down world, borrowers get paid and savers penalized. Crazy as it sounds, several of Europe’s central banks cut key interest rates below zero in 2014, and now Japan has followed. By mid-2016, some 500 million people in a quarter of the world economy were living with rates in the red. Unthinkable before the 2008 financial crisis, the idea is to jolt lending, spur inflation and reinvigorate the economy after other options have been exhausted. It's an unorthodox move that has distorted financial markets and triggered complaints that the strategy is backfiring. Negative rates will either mark the start of a new era for the world’s central banks, or finally expose the limit of their powers." 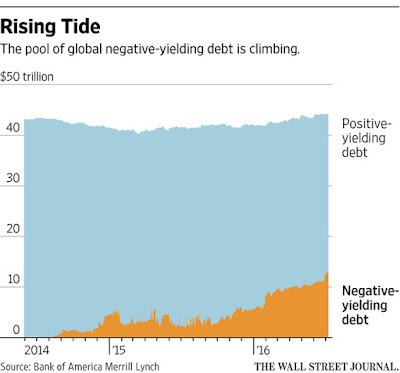 I think this quote also does a good job explaining what they are:


"Negative interest rates are an act of desperation, a signal that traditional policy options have proved ineffective and new limits need to be explored. They punish banks that hoard cash instead of extending loans."

So, in conclusion, the key takeaways for us are:

1) First, to be aware that this trend is occurring. I guarantee a lot of Americans aren't aware.  There is power in knowing what is going on at a macro-economic scale.

2) Secondly, to understand that this trend is going to distort markets.  I recently wrote a guest post for Captain Dividend that describes this phenomenon briefly, and that article will be published in the next few days.  But expect a high chasing of yield!

What do you think about all of this? I'd love to hear your comments below,

Email ThisBlogThis!Share to TwitterShare to FacebookShare to Pinterest
Labels: 2016